Like the other trailers I’ve published so far, this is a pre-release before the Super Bowl for The Amazing Spider-Man 2 trailer. That’s right, a trailer for a trailer, so technically this is part one of a two(?) part trailer series. Don’t believe me? Watch it, they actually mention the Super Bowl trailer at the end of it! That’s some pretty crazy marketing, a commercial for a commercial. Now onto the trailer! 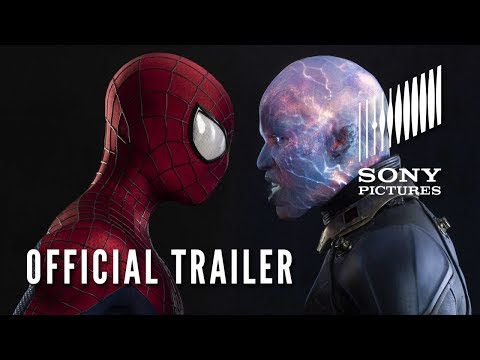 I was personally a big fan of The Amazing Spider-Man reboot. It was exactly what I thought Spider-Man. Not like that crap they released before and tried to call it Spider-Man. If you are a fan of the podcast you know that Corey disagrees with me, but you know, screw Corey.

However, with this second trailer, I am starting to grow concerned. It’s starting to have a cartoony feel to me. Sure, that’s going to happen with any superhero movie, but it just seems over the top. It actually reminds me of the Spider-Man ride at Universal Studios, which is an AWESOME ride, but I don’t think it would translate to an awesome movie.

Now my other concern is that it’s getting a Micheal Bay look. Think Transformers. I did like the first Transformers, but the way it was portrayed just plain sucked. Anytime robots would fight it would just turn into an unrecognizable pile of twisting metal, explosions and fire. Not that I don’t like explosions, I just want to know what’s going on.

Hopefully, a few more trailers come out for The Amazing Spider-Man2 and calm my fears, but so far I’m a bit concerned.