You are here: Home / Movie News / Star Wars Theory: Were Padme’ and Obi-Wan having an affair?

Is it possible that Padme and Obi-Wan were having an affair? A few episodes ago on the Intermission Podcast, the Intern proposed an interesting theory about the Star Wars prequels that you might want to hear about. So here it is, so you better listen good! 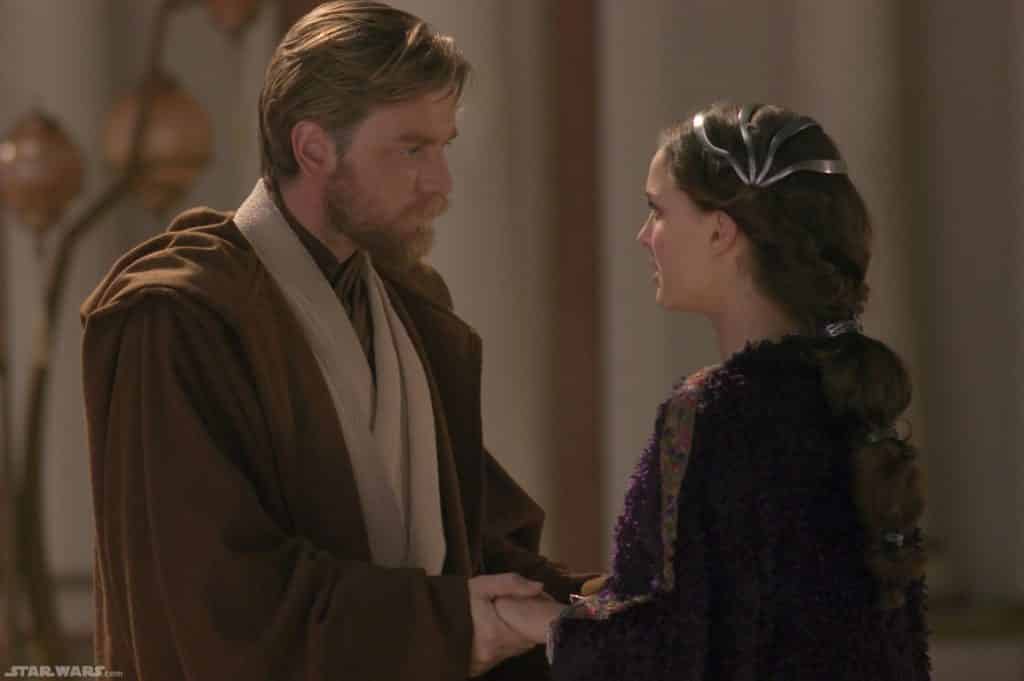 While watching Star Wars Episode III: Revenge of the Sith for what must the 100th time, I thought to myself, “Why is Anakin so mad at Obi-Wan, I mean what did he ever do to him.” Then it came to me, Padme’ and Obi-Wan were having an affair! It was right in front of us the whole time. And here is why:

Way back in episode II, poor ol’ Obi-Wan kinda got himself captured by Dooku and the Separatists. Meanwhile, Anakin and Padme’ were the off galavanting around on Tatooine murdering sand people puppies and drinking blue milk, when they get the distress call. Anakin was all, “Leave him, let’s go bang on the bodies of the children I murdered.” And it was Padme’ that insisted they go save Obi-Wan, her lover. But after getting back with everyone safely, she came to her senses and decided to settle down with the sanest and most reasonable choice of the two…

Padme’ is super hot, why wouldn’t the guy who hasn’t seen any action in literally forever want to bang her? I can seriously think of no reason. And who knows, maybe she had daddy issues or something.

In episode III, Anakin gets super mad at his mentor which leads him to eventually murder children (for a second time I might point out, because sand people are people too, it’s right there in the name). Now you really got to have a ton of rage built up to make you kill a bunch of innocent children TWICE. Way more rage than just the normal “He won’t let me grow up” thing. Way more.

So there was something else behind it that we didn’t see play out on screen, and the only thing that I can think of is that he suspected that Padme’ was cheating on him and he didn’t know with whom, which is why he turned to the darkside. It makes sense, trust me. Don’t question it. So when Padme’ brought her lover and secret baby daddy to Mustafar to get rid of her husband, Anakin lost it and choked her out. Just as many an angry husband has. Then it forced him to kill his former master, or try to at least…

Think about it, why does Luke have such a strong connection to Old Ben? Cause he was his little force baby.  Why was Leia such a good diplomat and negotiator? Cause Obi Wan was literally called The Negotiator, and she sprung from his loins (it had nothing to do with her mother in the least). And come on, Rey! She is more Kenobi than Obi Wan himself. The accent, the clothes, the solitude in a freakin desert!

Swiss Army Man and Kong Skull Is...
Life and Beauty and the Beast - ...

David is the intern here at MovieGuys who lives near Gallipolis, Ohio. He has a passion for writing and loves to watch movies. Most of all, David enjoys sharing his knowledge with others through the written word.