We finally made it out of the 80’s. It’s episode 90 of The Intermission Podcast! This week is another Corey free episode. On a related note, we are taking applications for a new co-host.

Let’s kick things off with some chit-chat about Aladdin and other Disney movies. What’s up with the whole Disney Vault thing anyways? And is Guys Disney VHS collection worth a small fortune? We also watch the trailer for what could be the sleeper short film of the century, Kung Fury.

Oh hey. You know what? Here’s the full movie. It’s only 31 minutes and 3 seconds long, and that includes credits. You have time to watch it now. 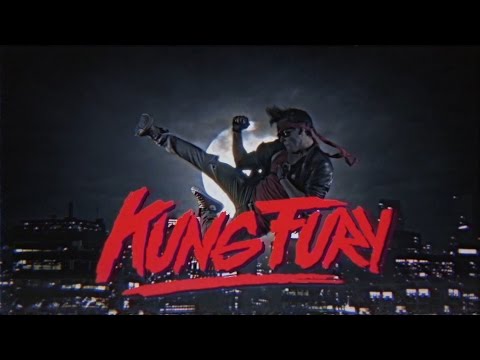 And after the movie why not watch the music video of the theme song, True Survivor starring none other than Sir David Hasslehoff?

How do you feel after watching that? You’ll never be the same, I know. Ok, let’s all settle down. Take a deep breath. That’s good. Back to the episode. Guy has some interesting news/theories about the next Die Hard movie. Apparently, Bruce Willis will be in the film, but he won’t be playing John McClane. He’ll be playing his dad, or grandpa. Something like that. Who knows. It’s Guy.

Three out of the four of us went to see Everest at Silver Screen VII this week, and of those three two are in attendance to talk about it. All that ice and snow brings up the subject of cryogenics. Of course we are all experts in this particular field of study, so pay close attention and you might learn a thing or two.

Trying to pull us out of an endless boob conversation, Josh mentions that the release of Halo 5 is just a week away. Guy and Craig watched Gold Rush, and then to finish things off we are treated to the story of Craigs first quadcopter flight. It did not go well. Josh also had a bit of a mishap with his most recent quadcopter flight.

We are continuing our discussion of movies that are from the year that coincides with the current episode number, so this week it movies from the year 1990.