You are here: Home / Uncategorized / Halo movie actually in the works?

Rumor has it that 20th Century Fox has picked up the rights to the long-awaited film starring the main character, Master Chief SPARTAN-117, in the awesome video game series Halo. With the recent release of the third installment to the series, Halo 3 has sparked more rumors centering around who will actually play the part of Master Chief. My prediction is that they will get some big-name star to take that role, like Vin Diesel or someone of his caliber. Because of the enhanced physical condition, Master Chief will have to be played by someone who has a large physique. I don’t know about you but all of the rumors are getting me worked up about this very exciting movie. I have been a long-time fan of the video games series and am extremely excited about what is coming with the release or even start of production on this movie.

Rumors have also been flying around to what the movie is actually going to be about. Will it continue where the video game left off? Will it recount some of the battles that have not been explained in either the books or the game? Or will go from beginning to end and royally suck because they try to cram too much into two hours of one movie. I really hope they don’t try something like that for this movie because there are a huge amount of gamers out there who want this movie to be as awesome as the game series. 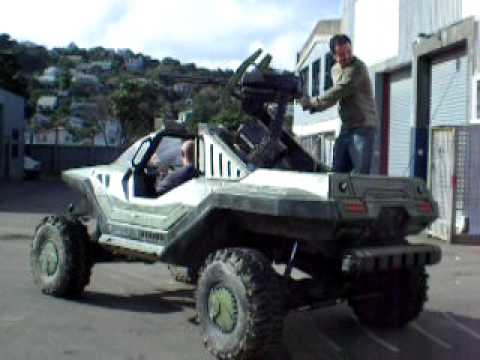