You are here: Home / Movie Reviews / Comedy / Balls of Fury

I had high hopes for Balls of Fury. “Had: is the key word in that sentence. I am a huge Christopher Walken fan and just the thought of him playing an Asian made me chuckle. However, Balls of Fury does not live up to the hype.

The movie begins with some background about the main character and sets up the whole movie by showing the main character as a child. There is then a time lapse to the current time and it is all down hill. The movie is based on what could be a great comedic story, I don’t understand how it went south so fast. It seemed slapped together, and the plot was out of control. One minute the characters hated each other, and the next they were like best friends, with no transition between the emotions. There was nothing that happened to make them friends, they just were. The movie struggled to tie on a plot about the Triads, and their gun smuggling, but they failed to make it any deeper than just ping-pong.

Below I have added a trailer. I suggest that you watch it as all of the humor in this film can be found there. I was very let down with Balls of Fury, maybe it is just me. I just felt that the concept of the movie was so unique that it would be good. But uniqueness is nothing if you fail to apply the effort. 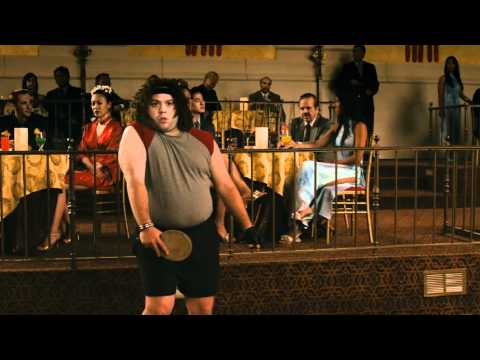