Welcome back movie fans for another entertaining episode of the Intermission Podcast! First up an important update this week: Tuesday is our new release day! So mark your calendars, and start looking forward to Tuesdays again. This week the Movieguys discuss, text friendly theaters, Indiana Jones, CGI, Aquaman, and other stuff! 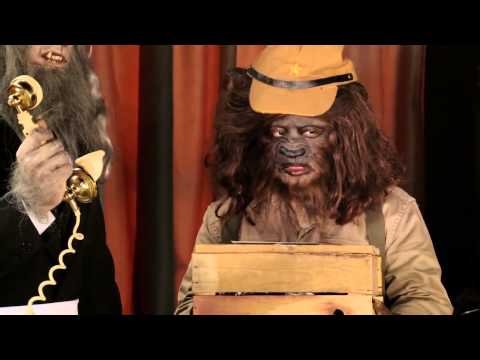 Guy and Corey start things off by discussing FDR: American Badass which they watched with Corey’s Dad. The film is in the fashion of Abraham Lincoln: Vampire Slayer, but much, much more ridiculous. The movie depicts a werewolf hunting, FDR, and according to Guy, it is probably based on a true story. Guy rates FDR: American Badass a “shit ton” of thumbs up. You can watch FDR: American Badass on YouTube. (https://www.youtube.com/movie/fdr-american-badass)

Apparently the Intermission Podcast has a nemesis, Ben… He spoils The Walking Dead! This is unbelievable and the Intermission Podcast is planning their retaliation. A Walking Dead discussion amazingly tells the future. Since the show was recorded before the premier of the show, many things discussed came true. And Craig wonders why the walking dead people don’t hold their noses, and Guy calls Corey a skank. Then the question is raised: Do Zombies fart? Do they get indigestion? What the hell is going on inside of undead shell? Hopefully these questions will be answered in next week’s show.

This week in movie news, Michael Bay was attacked by Japanese people armed with an air conditioning unit. Apparently he owed them 10,000 Japanese dollars, which we are assuming is the equivalent of $3,000 American dollars. This makes Corey nostalgic for the good o’l days when they just hit you with baseball bats and Guy says racists things.

Rumors have surfaced regarding Beetlejuice 2, and the discussion quickly turns to Ghostbusters. Craig thinks that the comedy wouldn’t translate to today’s times, which makes Guy mad (as usual). And Vin Diesel released a teaser this week of him playing his role in Guardians of the Galaxy, which apparently he hasn’t even been signed for. This confuses Guy and frustrates Corey.

Josh reveals that Gravity has a short film companion called ANINGAAQ, which is the other side of the radio conversation that Sandra Bullock had from the escape pod. He said it was on YouTube, but I couldn’t find it, so I guess you’ll have to wait until Gravity is out on DVD to see it in the special features.

Finally the Movieguys take on texting in theaters. They get mad and yell a lot, but they solve the problem. NO CELLPHONES IN THEATERS. Solved. Then everyone gets off topic, surprise surprise… And the guys wrap up the episode with a discussion about racism, monster movies, Batman, and November! Like I said, off topic.