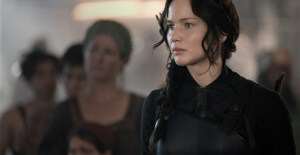 The Hunger Games Mockingjay Part 1 is the third installment of the The Hunger Games franchise and stars Jennifer Lawrence reprising her role as the famous heroine Katniss Everdeen.

The story follows on from the previous installment and sees Katniss returning to District 13 after District 12 is destroyed. There she meets president Coin who convinces her to be the symbol of the rebellion, while trying to save Peeta from the capital.

The Hunger Games: Mockingjay-Part 1: The Good

Jennifer Lawrence is still captivating and engrossing as the girl on fire, who destroys the games in “Catching Fire” and shows why she is an actress to be reckoned with, having already won many Oscars for Silver Linings Playbook, here it is no exception. Its her performance that carries the movie.

Josh Hutcherson returns as Peeta, who has been captured by the evil and calculating President Snow [Donald Sutherland]. His character is given a particularly horrific ordeal in this movie as he has been deprived of food and use as a propaganda tool against Katniss and the rebellion.

Donald Sutherland returns as the sinister President snow who this time round cranks up the tension as he plays a cat and mouse game with Katniss who has already sparked the rebellion against the capital. The more Katniss inspires the other Districts to join forces the more nastier Snow becomes.

Other Supporting characters from the previous movies return who have more screen time this time round, such as Liam Hemsworth’s  “Gale”, Sam Clafin’s Finnick and even Philip Seymour Hoffman’s game creator Plutarch. There are even newcomers like Julianne Moore as Coin who encourages Katniss to be the symbol of the revolution.

The Hunger Games Mockingjay is by far the franchises most emotional installment yet, friendships are tested, the stakes are higher than ever and the screws tighten between Katniss and president snow. 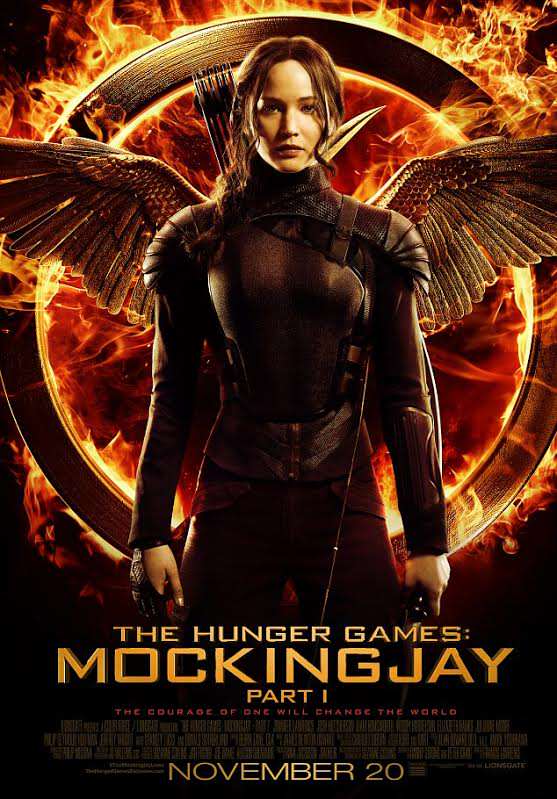 Those expecting an action-packed movie will be left feeling disappointed and Mokingjay Part 1 is only a set-up for Part 2 and a taster of whats to come. The movie mostly features people arguing with each other in an underground bunker and is more character driven than action.

Overall, The Hunger Games Mockingjay Part 1 is a solid set-up for Part 2 and a refresh for fans to catch up with old characters as well as the introduction of new ones too that will play an interesting role in the Mockingjay Part 2. Jennifer Lawrence is still electrifying as the girl on fire, just a shame we have to want another year for part 2.

Hunger Games, and Star Wars Epis...
5 Worst Action Films Of The Past...