As I was browsing new movie trailers today, I found the trailer for Prince Avalanche. And to be honest, the only reason it caught my attention was because the poster featured a traffic cone wearing a pair of sunglasses. After reading the synopsis, and realized it’s about 2 guys dicking around at work I knew it was my kind of movie. It’s something I can relate to, as I also enjoy screwing around at work. I even have a traffic cone modified to accept Mr. Potato Head apparel (his name’s Coney). To make things better it featured on of my top 5 comedy actors, Paul Rudd.

Sadly the trailer lets me down a bit. It started off strong and made me smile a bit. It had some nice one liners and I really liked where it was going with the relationship between the two main characters. However, it seems like it is going to take a darker turn, and have some major conflict between the two road line painters. I was anticipating a more slap-stick, happy-go-lucky comedy, not a comedy/drama/downer. All in all, I’d be happy if it turned out like Due Date style film. You know, the one with Zach Galifianakis that started out slapstick, but by the end, you kind of felt bad for him? For me, that was a perfect comedy: years drama ratio.

My final gripe is this: Where in the hell did they come up with the name Prince Avalanche? Sure, I could probably do some research and find out, but a movie title should be obvious, not obscure. Prince Avalanche is sadly shaping up to be year’sGentlemen Broncos (which was terrible by the way). 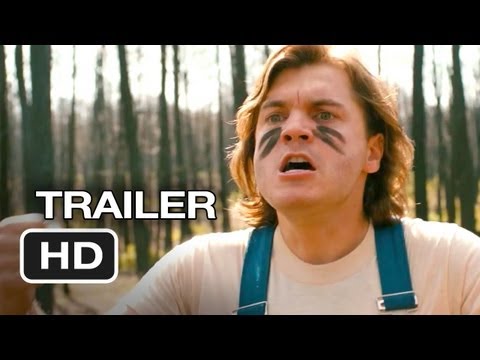 The Best Time-Travel Movies Ever
Dumb and Dumber To: A proper Seq...