When it comes to watching movies, I prefer to get my fix in a theater. Sure, I like watching them at home as well, but nothing beats the monster sound system and screen at a nice theater. I spend a lot of money at theaters, and normally I don’t mind, but the other day I experienced something that got me thinking about the current pricing scheme. Is it really fair to moviegoers? Is it enough? Is it too much? Let’s take a look at the following scenarios…..

*Disclaimer: The following was written for entertainment. Little fact-checking was done, and even less proofreading. You’ve been warned.

Situation 1: Watching a movie that is several weeks old:

This is the original situation that got me thinking. I went to the theater to watch a movie that had been out several weeks already, paid my $8.50 (non-3D price), bought my concessions, and then continued onto the room showing my film. After passing every theater I wind up in a tiny little room. The screen was barely larger than the TV in my living room. I was disappointed, but I had already paid my money, and dammit I was watching a movie. Honestly it wasn’t a bad experience. There was hardly anyone else there, and the movie was good, but I still felt ripped off. It just wasn’t as grand as watching it on the giant, skyscraper sized screen.

I understand why the theater uses this inferior screen for movies that have been out a while, it just doesn’t make sense to have every room house 300+ when the older films just won’t draw that kind of crowd. But why must I still pay the same price as the person that is getting the full, blow your mind, experience?

The solution is easy, when the newness of the film wears off, and it goes to the smaller room, lower the admission price. This is win, win, win situation. I know what you are thinking, “3 wins, yeah right.” But it’s true! Three groups of people win in this scenario! The consumer wins, because they can watch a movie in the theater at a discounted price. Say there is a film you kind of want to see, but are kind of on the fence, $1 off might make it worth your while. The theater wins because more people show up because of the discount and buy more concessions. And finally, Hollywood wins because they are selling more tickets.

Sadly Hollywood would never let this happen. They would see this as losing money because more people would just wait for the discount. But I do think theaters would be on board, because they just want people in the theater to buy concessions, where the real money is made.

Our next situation happens all too often. You gather up your friends, head to the theater, pay a bunch of money, and the movie sucks. I’m not talking about the movie you didn’t like because it was a chick flick, I’m talking about the movie that everybody hates (except that one person that likes it just to be different). The one with terrible acting, terrible filmography, terrible effects, just flat out terrible, like The Cable Guy. Why should you pay full price for something they knew was a lesser film?

The Solution, Quality based pricing:

This is where Hollywood can take a hint from the video game industry. If a movie sucks, charge less for it. Both in the theaters and on DVD/BluRay. Let’s say a film sucks and is projected to make $100million. Give people a %20 discount, more people show up because let’s face it, we can’t say no to something free (discounted in this case), and make a smooth $120 million. I guarantee you people will buy in just because it is “on sale” or “a bargain.”

Another solution would be to have some sort of cashback system for moviegoers. If you saw a movie that was absolutely terrible, perhaps the studio should be held accountable and give you your money back, or at the very least a voucher towards another movie. I’m not talking about the time the popcorn sucked, or the kid behind you wouldn’t shut up, but the times the movie just isn’t good. Of course this system would undoubtedly be abused, it would still be nice to see the studios held accountable when they produce crap.

It’s happened to all of us, you go to the theater, and your experienced is ruined by the punk kids running in and out, talking, and cell phone use. Or the theater is still dirty from the previous show. Or how bout’ the one where the equipment isn’t working? Sure, this can all happen in any theater, but we have all been to one that consistently sucks. You know, the one where you say, “let’s not go to that movie theater, let’s go to the good one.”

Regularly inspect the theaters based on the way they operate. It would be simple enough to give this responsibility to the ticket checkers that already visit the theaters. Make the crappy theaters charge a higher admission price, than one that consistently performs well. This way the theater has an incentive to clean up their act. This would almost force the theater owners to turn things around, or people will pass for the next theater, that is cheaper, and provides the better experience. 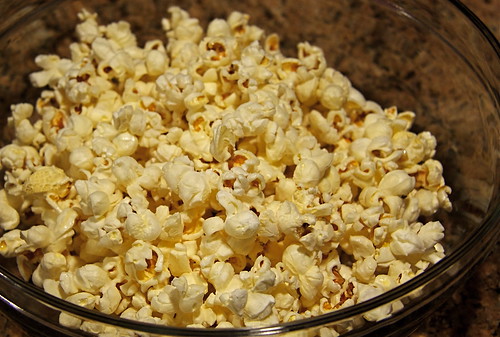 Sure, these aren’t the only problems with theater pricing, and my solutions will probably never see the light of day. But wouldn’t it be nice if we consistently feel like we got what we paid for? Why should I pay the same to sit in a crappy theater, or have my experience ruined by the group of talkers behind me?

What are your thoughts on theater prices? Is there anything that particularly bothers you with the current system? Sound off in the comments!