You are here: Home / Movie News / How does your day at the office compare with an 1980s workplace movie?

There have always been movies that feature the workplace. And, while you might think the last thing you’d want to do when you’ve finished a day at work is watch a movie about a day at work, workplace movies have always been popular. Probably the main reason for this is that work is something we can all relate to and the complex relationships and politics that office life bring always make for great plotlines.

The 1980s had their fair share of movies set in or around work and it was a great time to show off all those power suits and shoulder pads, as well as the technological wonder of the decade – the brick-like mobile phones.

Two great ’80s movies with a workplace theme were Trading Places and Wall Street. In both cases, there’s a common theme of the underdog getting the upper hand over a dominating boss or manager. That’s something that still holds true in many more recent work place movies such as The Devil Wears Prada and Runner Runner.

The gaming site bgo has rounded up its top five cult film underdog heroes on its blog and the list includes the 1987 blockbuster Wall Street. What does this have to do with an internet gaming site, you might wonder? Well, the bgo ambassador is actor Verne Troyer, who plays the role of The Boss of bgo, both on the TV ads and on the site itself.

If you feel like a taste of what office life was like before the internet, then both Trading Places and Wall Street are great choices for different reasons.

In the comedy Trading Places, you have the lives of a homeless man and a commodity broker being turned upside down when their roles in life are swapped. Eddie Murphy plays the homeless man who is suddenly living the commodity broker’s life, complete with a butler in tow to carry out his every whim, while Dan Aykroyd plays the spoiled brat commodities broker, who is suddenly publicly shamed and humiliated in front of his peers, fired from his job and left destitute. They’re both pawns in someone else’s game. They are the commodities firm owners have had a $1 bet on what will happen when you swap the lives of two people at opposite ends of the social hierarchy. 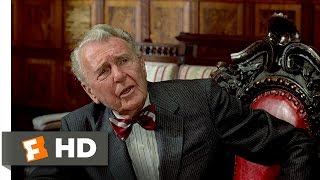 In a different vein altogether, but still centred on the stock market, is Wall Street. Bud Fox is a young trader who wants to get to work with his hero, Gordon Gekko, a corporate raider who coins the phrase ‘greed is good’. Bud is desperate to impress Gekko, and resorts to trading on illegal insider information in order to win Gekko’s approval. Swept along with Gekko and his entourage, Bud is entranced by the new lifestyle he’s living until everything starts to come crashing down around him and he has to find a way out that can also drag Gekko down.

Both movies are a great glimpse back to the ’80s and are certainly worth a watch if you’ve had a bad day at the office thanks to a domineering boss. You might not be able to exact the same revenge as they do in the movies, but it might make you feel better to imagine doing something similar!

Terminator Genisys and Fantasy B...
D-Box and Spider Attack Part 2 -...